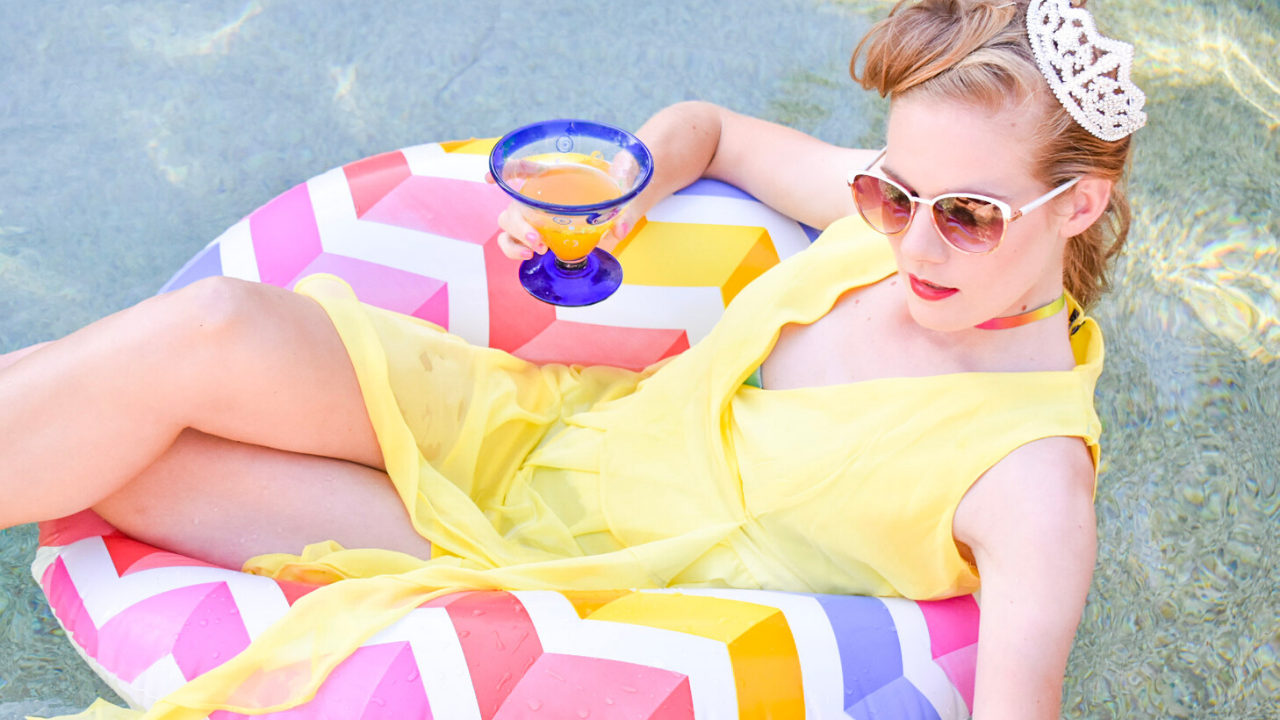 Does everyone have their index finger poised and at the ready? Because it’s time to reveal who we will be pointing our finger at today! Are you ready? THE BIGGER WINNER IS…… YOU!

Yup, today we are going to be taking our index finger and pointing it at ourselves.

Let me give you some context though. The first time I heard “You Need To Calm Down” by Taylor Swift, I got to admit, I absolutely loved it – and her music isn’t really my kind of thing. When Taylor Swift went rogue, she turned her Reputation (pun intended) upside down. She shocked people, and she continues to shock people! This song in particular really brought that index finger out front and center when it came to pleading with her fans to stand up for those in the LGBT community and to start making waves in getting equality for those individuals because the government wasn’t doing it.

That is what is on the surface. Now what I am about to say next is most likely NOT Taylor Swift’s original intention with the song, however her words still ring true.

The reason I am saying that our fingers will now be pointed at ourselves is because admit it – you need to calm down. Instead of singing the song like you are telling someone else to calm down, imagine if someone was singing this about you.

This day in age, I feel like everyone is pretty quick to play the victim card. They like to place the blame elsewhere – “anywhere but me, please!”. As a visual, just imagine the type of hysterical performance that a soccer player puts on when someone steps on their foot. Only to find out by slow motion footage that the other player kind of stepped near it but not actually on it. It’s like they are TRYING to find a way to be inconvenienced.

Now, I am not pointing the finger at you to say that you specifically are doing stuff like this. What I am trying to get all of us to do is to just take a step back and be more aware of our actions and how those actions affect others. To look at things from someone else’s view. To ask the hard questions. And to, most importantly, play devil’s advocate.

I cannot tell you just how important it is to play devil’s advocate. I know you love your friends dearly, but can’t you agree that sometimes they are being ridiculous? That maybe that person that they just have so many problems with is actually in the right and your friend is in the wrong? That you can see the other person’s point of view of why they would be upset at your friend?

Now instead of doing that for your friend, do it for yourself. Calm down. Take several seats and try to restore the peace and control your urge to scream about all the people you hate.

No, it’s not fun being wrong, it’s not fun admitting fault, and it’s certainly not heart-warming saying that out loud. I know that because I’ve done it – lots of times.

Just like the saying that it takes two to tango, it takes two to fight/argue/break-up a friendship or relationship. I will put the disclaimer here that sometimes (not all the time) it is fully someone else’s fault. It is definitely possible for things to fall apart that was 100% out of your control, and even if you were perfect in every way, it still would not have made the situation turn out differently. That’s life.

But life is not lived without mistakes. And it is certainly not lived in a bubble that you, and only you, made.

So right now, I just want you to think for a second. Think about the mistakes, the falling-outs, the lies. Humor me – do it. I mean you stay up until 3am thinking about all your mistakes in life anyway (starting with what happened in second grade, right?). Don’t lie. So instead of waiting until 3am, just think about it now!

Now be honest. Not with me – with yourself. I don’t need you to confess or admit anything to me. But I think before we start going around throwing fingers at other people, it’s important to be reflective and self-aware on ourselves first.

So let me start. Back in January, I had a falling out with one of my best friends. It tore me up, and as it was happening (over text!), I was crying because I was so sad and even more so mad at myself that it was even happening. But there was a lot that went wrong that until that moment I did not know that there was so much. Yes, there was fault on her, but I was not immune to the finger pointing. What I failed to understand from her point of view was that whenever I stopped being Donna, her friend, and became Donna, shop owner to Brand By You, that she couldn’t tell the difference. What she could tell was that one moment I am her friend that she wants to be fun and lively with, and the next I am her friend that is kind of making her feel stupid and worthless. I, of course, did not mean for my words to be translated as hurtful – she was my friend after all! But my more professional speech or more distanced responses that I gave her did not make her feel like I was talking to her as an equal.

Not to mention that I was a little late on some promises I made to her, asked probably one too many favors from her (especially since I was going through a break-up and she was right there for me), and overall just kind of let her out to dry without even realizing it.

Now I am not about to give her any blame in this blog for what happened between us, because this blog is about self-awareness. I know how I talked to her was not what she deserved from me as a friend, and honestly I do still wish I could make things up to her because she was a phenomenal friend to me.

I loved writing this blog because ever since the song came out, this feeling has been building inside of me, and truthfully this blog topic is something I think more people need to hear. Our own stubbornness and blindness is keeping us from growing up in this world, and it’s also blocking us from incredible people because we are refusing to let anyone but ourselves win. By allowing someone else to win does not mean we lose, but instead lets us continue to have that person in our lives – and that’s the real prize, isn’t it? To be surrounded by friends and family that love and care for us? That’s the beginning to being a part of a world that is more loving than hateful. But that won’t happen until we learn to calm down!

Now the challenge here is on you to be truthful with yourself next time you are at a difference in opinion with someone. Remember that you need to calm down, and don’t be too loud that you overbear on their thoughts and feelings. It’s gonna hurt to take off your crown for a second, but it’ll be worth it, I promise.

{And for the Lover of all things Taylor Swift, STOP PLAYING VICTIM. I don’t know who needs to hear that (I’m hoping it isn’t you!), but you are an adult. Be responsible for your own actions because you made them.}